Please join us on Wednesday, December 15, from 10:00 am to 11:00 am CT, for a live interactive webcast with FOX members and subject matter experts.

As the largest intergenerational wealth transfer in history unfolds during a time of rapid technological, climate, and social change, some families view philanthropy as a way to build family cohesion and teach younger members a sense of responsibility. Philanthropy can be a unifying force – but it can also lead to conflict as families work to balance legacy, change, and personal relationships. Thoughtful and effective family philanthropy is often a balancing act between collective and individual motivations, the legacy of the past and the needs of today, as well as responsibility to family and connection to community.

Join us as speakers discuss case studies of next generation donors who are charting their philanthropic journeys and working to navigate challenging conversations with their families.

Attendees will be able to:

• Discover how to build consensus to achieve a cohesive philanthropic vision

You may contact the Events Team with any questions at events@familyoffice.com

Field of Study: Specialized Knowledge - Up to 1 CPE credit can be earned by attending this event. CPE credits are accepted at the option of state certifying boards. Requirements, compliance procedures and acceptance may vary by state.

Program Level: Overview | No prerequisites are required for this session. | Delivery Method: Group Internet Based 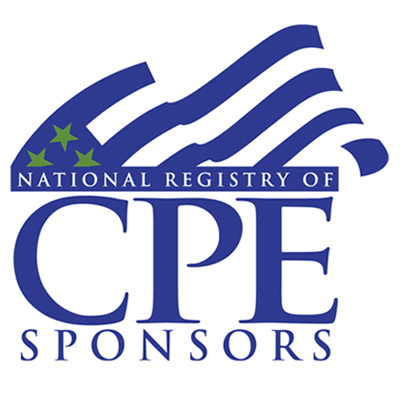 Family Office Exchange is registered with the National Association of State Boards of Accountancy (NASBA) as a sponsor of continuing professional education on the National Registry of CPE Sponsors. State boards of accountancy have final authority on the acceptance of individual courses for CPE credit. Complaints regarding registered sponsors may be submitted to the National Registry of CPE Sponsors through its website: www.NASBARegistry.org.

REFUND POLICY: For this event, there is no fee. To cancel, you may contact the Events Team at events@familyoffice.com. For more information regarding administrative policies please contact FOX office at: 312.327.1200.

Recommended for:
All FOX Members

Jon joined Rockefeller Philanthropy Advisors in May 2014 and is based in the Chicago office. He works with individual, family, institutional, and corporate donors across the Midwest, around the country, and around the world. In his time at RPA he has worked with a number of donors on climate change and environmental conservation; supported the work of foundations re-tooling strategy in post-bankruptcy Detroit; helped a family foundation in Chicago design a strategy to support the city’s infrastructure of small and mid-sized theaters; worked on a team assessing a foundation’s internal staffing structure with a focus on diversity, equity, and inclusion; and assisted a multinational company develop partnerships with organizations around the country that help young people access higher education.

Previously, Jon was Donor Services and Initiatives Manager at the Santa Fe Community Foundation, where he managed the Foundation’s LGBTQ and Native grant programs, oversaw a project that uses crowd-sourced giving to support public school projects, and managed Foundation events and communications. Before joining the Santa Fe Community Foundation he was a Research Associate for the Peter G. Peterson Foundation in New York City, where he managed major projects focused on health care policy, national security policy, and youth engagement. Jon has also worked at the Museum of Contemporary Art in Chicago and was on the staff of President Obama’s 2008 campaign.

Jon received a B.A. from The University of Chicago in 2004 and a Master’s in Public Administration from the Maxwell School of Syracuse University in 2010. He served on the planning committee for the 2013, 2014, and 2016 conference for Funders for LGBTQ Issues and participated in grant review panels in 2018 and 2019 for the Just Transition Fund, which supports economic transition efforts in coal-impacted communities across the US. He serves on the board of Crossroads Fund, a public foundation that funds racial, social, and economic justice work in the Chicago area; and serves on the advisory board for the Illinois chapter of Mikva Challenge, a civic engagement organization that brings young people into the democratic process. He is a member of the 2020 class of the Emerging Leaders program at the Chicago Council on Global Affairs.

Stephanie Simmons is a Relationship Manager at Family Office Exchange (FOX). She brings to her role a background in family office operations, having served in both a dedicated office and virtual family offices. As a senior relationship manager, Stephanie works with financial families to understand their objectives and provides guidance to help address their unique needs through the resources available at FOX.

Before joining FOX, Stephanie worked with family clients at Personal Office Management, a firm focused on providing financial and project management assistance to high net worth families. She also has a background in private equity investing on behalf of institutions and families, including six years with the family office of former U.S. Secretary of the Treasury, William Simon. Earlier in her career, Stephanie worked in corporate finance/mergers and acquisitions for two leading investment banks. In addition to Chicago, Stephanie has lived and worked in New York, London, and Vero Beach.

Stephanie earned a B.A. in political science from Wheaton College in Norton, MA.